On July 1, 1979, Gloria Gaynor’s “I Will Survive,” topped the charts. You might say it’s a fitting anthem for Montgomery County General Sessions & Juvenile Court Judge Wayne Chavis Shelton. Judge Shelton was appointed to the bench on that very day, to the newly created position of Division II by then Governor Lamar Alexander. Not only did he “survive” more than four decades in the judiciary, he never dreamt he would one day retire as the longest serving general sessions judge in the state of Tennessee.

“Nope, not at all. It happened so quickly,” said Judge Shelton. “Those years since I was appointed seemed to pass in just a few weeks.”

That’s most likely due to Judge Shelton’s love of his job.

“Every aspect of it, juvenile particularly,” said Judge Shelton. “Trying to mold and redirect children. Every aspect of general sessions and juvenile court. It’s so broad. We have civil jurisdiction to equity jurisdiction. It’s totally across the spectrum of our legal system, what we do. That makes it interesting. Every day is different.”

Those last two lines are what prompted Judge Shelton to pursue a judicial career.

“I just thought it would be an enjoyable, challenging and interesting career and it has been,” he said. “I’ve never said, ‘I’ve seen it all.’ It’s something new all the time.”

But it may have been his role in a junior high school play that foreshadowed his judicial path.

“I don’t even remember it. It was a skit or assembly from the eighth grade. I just remember wearing a suit and being a judge, and learning the skit. That’s all that I remember,” said Judge Shelton.

It’s also something he has in common with Montgomery County General Sessions and Juvenile Court Judge Kenneth Goble.

“Oddly enough, when I was in junior high school I also played a judge in a school play,” said Judge Goble. “I shared this with him and told him the subject of the play was whether or not to legalize marijuana (this was in 1971). His response was, ‘Hell, when I played a judge they hadn’t even invented marijuana.’”

Of all the advice Judge Goble received when he became a judge, the only advice that stands out is the advice from Judge Shelton.

“He told me that when I use the bathroom to make sure I unzip my robe all the way,” he said.

On a more serious note, Judge Goble has high praise for his colleague.

“He has served our County and State honorably, and I am PROUD to have served some of that time with him,” he said.

Those sentiments are shared by Judge Shelton’s Montgomery County judicial colleagues, who make up a tight knit group of good friends.

“Judge Shelton is a Montgomery County icon,” said 19th Judicial District Chancellor Laurence McMillan, Jr., serving Montgomery and Robertson Counties. “He is the longest serving judge in Tennessee history for one reason: he is the best. He is good to people. He is good to the legal community. He is wise and thoughtful. I know from experience that being a judge is not easy. Wayne Shelton made it look easy. Congratulations my friend on your retirement. You will be sorely missed.”

“It's hard to imagine the judiciary in Montgomery County without Judge Shelton,” said Court of Criminal Appeals, Middle Division, Judge Jill Bartee Ayers. “As an attorney practicing before him, I always knew he was going to be fair and consistent, but he also had a good sense of humor. When I was appointed as a circuit court judge, he welcomed me with valuable practical advice and entertaining stories. It was always an adventure crossing paths as we were coming and going from the courthouse; in his shorts and colorful shirts, he always had a big smile and an even bigger story. I wish him all the best in his well-earned retirement!”

Judge Shelton’s good sense of humor served him well over the years. When he thinks back to his craziest and favorite cases, a couple doozies come to mind.

“One lady had loaned to her neighbor a tank top,” said Judge Shelton. “She filed a General Sessions lawsuit to get her tank top back. Do you know what a tank top is? Tell me what you think a tank top is. It’s the cover over the back of the toilet. After a while the woman threw it away. I don’t know why I remember that.”

His favorite case involved a lady who shot at her neighbor’s chickens.

“The shooter, the defender, brought to court a chicken carcass that she got from Kroger,” said Judge Shelton. “She had tied it in the Dogwood Tree where the other lady’s chickens were and shot this chicken carcass with her shotgun to show me, ‘I may have shot them, but it didn’t hurt them anyway.’ Her attorney wouldn’t let her reveal what was in the sack.”

Although comedy in the courtroom makes for an enjoyable day, Judge Shelton feels most strongly about his commitment to serving the people of Montgomery County.

“I hope I am remembered for integrity, honesty, fairness and the service to the people of this county,” said Judge Shelton. “And following the law. It’s the legislators who tell you what justice is, but what we do is we follow the law of the Constitution and the statutes.”

“As a life-long resident of Montgomery County, it has been an honor to observe, both personally and professionally, the great service Judge Shelton has provided to our community,” said Circuit Court Judge Robert Bateman, Division IV, serving Montgomery and Robertson Counties. “When Judge Shelton first took the bench, my father was already an attorney, and I was a teenager. As teenagers, since Judge Shelton was the juvenile court judge, all of my age group hoped we would never have to see him in his professional capacity as a judge. Fortunately, for me, I never did have to appear before Judge Shelton as a teenager, only as an attorney in later years. My father, however, was fortunate to practice before Judge Shelton numerous times throughout the years and would agree with me that Judge Shelton has always been patient, even-tempered, and fair to litigants and attorneys in his courtroom. While maintaining decorum in the courtroom, Judge Shelton never lost his sense of humor. Thank you, Judge Shelton, for your years of service. Enjoy Retirement!”

Ask Judge Shelton about his colleagues and friends on the bench and he will tell you the feeling is mutual.

“I greatly respect all of them,” said Judge Shelton. “It’s a privilege to serve with them at the General Sessions level, the Circuit level, the Chancery level. Even when John Peay was on the Criminal Court of Appeals (CCA) and Robert Wedemeyer was on CCA. Johnny’s retired and, of course, Robert is still there. I’m proud of the judges in this area, from this area.”

“I always think back to Harry Truman when he left the White House. He said, ‘I’m being promoted from servant of the people back to just an ordinary person.’ I feel the same way, he said.”

Judge Shelton is looking forward to gardening and taking short trips with his wife, Patty Anderson Shelton. After Patty retires, the couple will travel overseas.

“Next summer, we plan to visit Ireland and Scotland,” said Judge Shelton. “We want to visit some favorite places. We both lived in Heidelberg, Germany at different times. We would like to visit the city together.”

Judge Shelton was born November 2, 1945 to the late Mark and Ethel Shelton of Wabbaseka, Arkansas.   He graduated in 1963 from Stuttgart High School, in Stuttgart, Arkansas. He went on to graduate from Southwestern at Memphis (now Rhodes College), in 1967, with a Bachelor of Arts in Philosophy. Judge Shelton served in the U.S. Army from 1968 through 1972 and attained the rank of captain in the U.S. Army Artillery. He then graduated from the Memphis State School of Law in 1973 (now University of Memphis).

After a short stint with a law firm in Memphis, Judge Shelton moved to Montgomery County, the ancestral home of the Shelton family, in 1975, and practiced law with the late Thomas E. Stamper.

Judge Shelton previously served as President of the Tennessee Council of Juvenile and Family Court Judges, 1987-1988, and was awarded the Judge Elizabeth McCain Memorial Award in recognition of service to the Tennessee Juvenile Courts. He continued serving on the executive committee of the Council for several years.

In 2019, Judge Shelton was awarded the Tennessee Council of Juvenile and Family Court Judges Lifetime Achievement Award in recognition of 40 years of dedication and tireless service to the children and families of Tennessee.

With the initiative of his family and the Montgomery County Bar Association, the Hon. Wayne C. Shelton Endowed Scholarship was established at Austin Peay State University for students of political science and special needs education.

Judge Shelton attends First Baptist Church in Clarksville and has been an active member since 1976 in the Civitan Club. 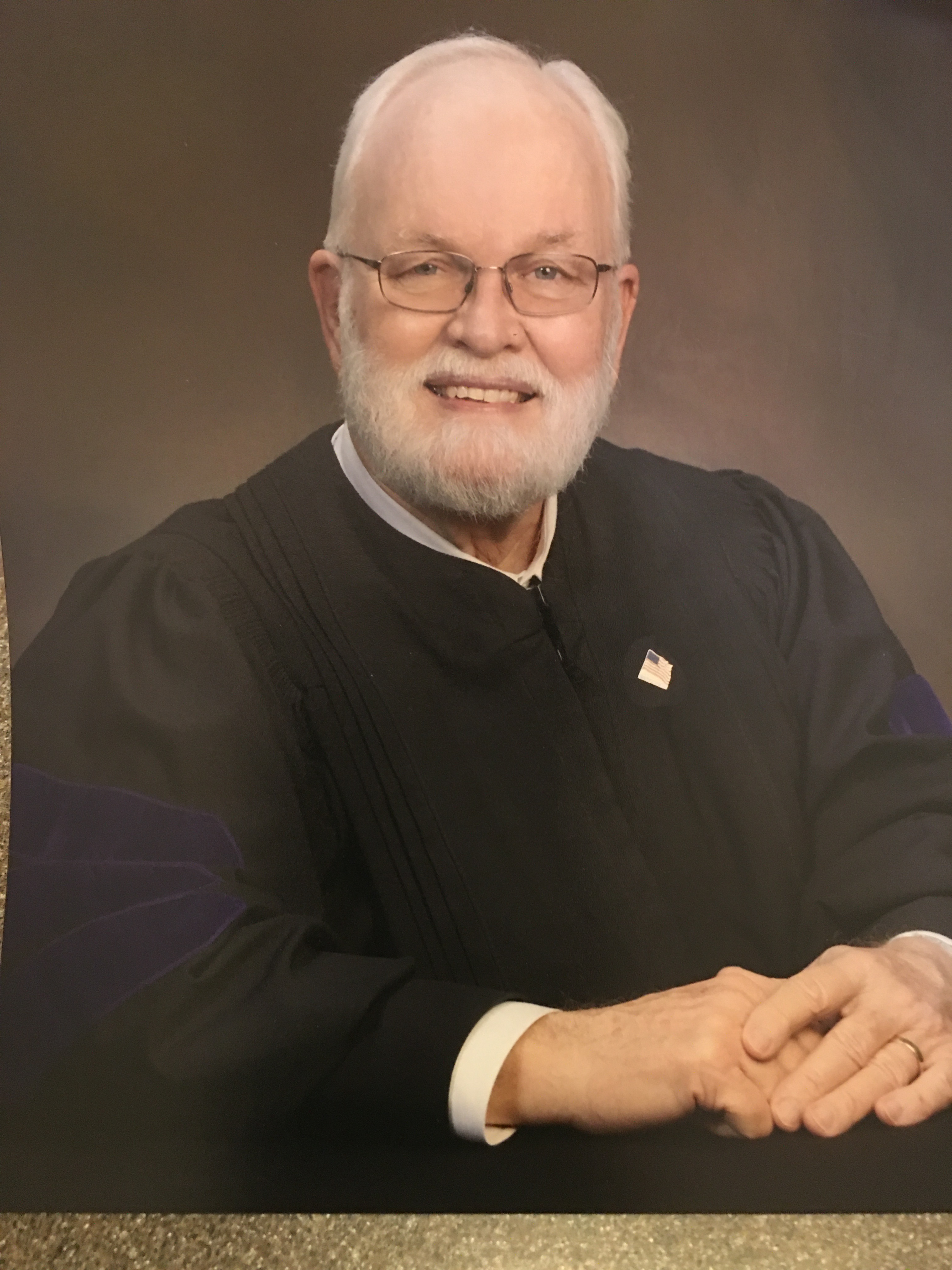