Judge Tom Greenholtz was unanimously confirmed to the Court of Criminal Appeals – Eastern Section by the Tennessee General Assembly.  He was appointed to the intermediate appellate court by Governor Bill Lee on March 28 and will succeed Judge Norma McGee Ogle, who has announced her retirement, effective September 1, 2022.

Judge Tom Greenholtz first joined the bench in 2015 when he was appointed and then elected Criminal Court Judge for the 11th Judicial District, which is Hamilton County. He also presides over the Hamilton County Drug Recovery Court.

“Judge Greenholtz is a well-respected and outstanding member of the judiciary and his confirmation to the Court of Criminal Appeals will serve the people of Tennessee well,” said Tennessee Supreme Court Chief Justice Roger A. Page. “He has been innovative and diligent in ensuring the criminal courts of Hamilton County are open and transparent, before and during the pandemic, and has also been a strong advocate for civics education in our communities. These issues build public trust in our court system and the Supreme Court is thrilled he will be championing these initiatives on the Court of Criminal Appeals.”

While on the bench in Hamilton County, Judge Greenholtz built a website for his court that included a full calendar of all hearings and trials so that the public, media, attorneys and case participants had easy and simple access to the court’s docket. He broadcast court proceedings to the webpage when court access was limited during the height of the COVID-19 pandemic and has continued that practice.

Judge Greenholtz is also an active public speaker and frequently visits schools and civic groups to build understanding of the court system. He is regularly invited to teach at continuing legal education classes throughout the state.

“I am humbled by the trust and confidence expressed in me by Governor Bill Lee and by our General Assembly,” Judge Greenholtz said. “The Court of Criminal Appeals is an essential institution to the rule of law, and it helps safeguard the equal protection of our laws in our criminal justice system.  Judge Ogle and Judge Kelly Thomas, who are both retiring, have given decades of honorable and dedicated service to the people of this State, and I am privileged to help continue, in a small way, their exceptional work.”

While Judge Greenholtz is the son of a lawyer and was greatly influenced by this father’s legal career as an administrative law judge, that relationship was cut short when his father passed away after a long battle with cancer when the younger Judge Greenholtz was only 15 years old.

“I have been fortunate to have several important examples to guide my views of the law.  Early on, I learned from my father that to serve the law is foremost to serve our people.  Later as a law clerk to Justice William M. Barker, I also learned of the important, though limited, role that our courts play within our system of separated powers,” Judge Greenholtz said. “In my view, the law exists principally to guarantee our fundamental liberties, and, alongside the other branches of government, our courts serve as a valuable protection for our constitutional values.  In this context, the role of the judge is one as a servant of the people, keeping in mind both the important and limited nature of this special position.”

Judge Greenholtz also served as chairperson of the Tennessee Supreme Court’s Commission on Continuing Legal Education and Specialization and as a Disciplinary District Committee Member for the Board of Professional Responsibility.  He is a member of the Ray L. Brock and Robert E. Cooper American Inn or Court, Tennessee Bar Association, Chattanooga Bar Association, American Bar Association and Federal Bar Association. 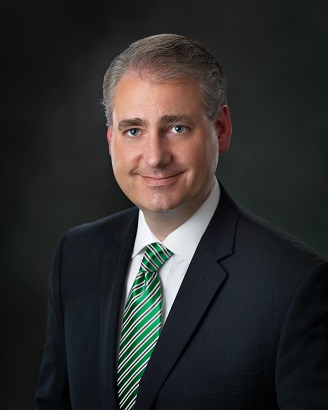