The Tennessee General Assembly unanimously confirmed Judge Kyle Hixson to the Court of Criminal Appeals - Eastern Section. Judge Hixson was appointed to the intermediate appellate court by Governor Bill Lee on March 28, and he will take the appellate bench effective September 1, 2022, succeeding the Honorable D. Kelly Thomas, Jr., who has announced his upcoming retirement.

Judge Hixson is a Criminal Court Judge for the 6th Judicial District, where he manages a docket with over 1,000 criminal cases each year. He oversees all stages of criminal cases, from initial arraignments to plea hearings to jury trials to post-conviction relief.  He is a member of the Tennessee Judicial Conference Executive Committee and the Tennessee Trial Judges Association.

“Judge Hixson’s legal career has been focused entirely on criminal law and public service,” said Tennessee Supreme Court Justice Roger A. Page. “He has excellent communications skills, which he was able to use while playing a key role in keeping the criminal justice system open and running efficiently in Knox County during the height of the pandemic.  His background and experiences will make him an excellent appellate court judge for the State of Tennessee.”

Judge Hixson has experience at every level of the state criminal justice process. He began his legal career in the Office of the Knox County District Attorney General prosecuting DUI and child abuse cases.  He moved to Nashville to serve as an Assistant Attorney General, representing the State of Tennessee in criminal and civil cases before both federal and state courts. He returned to Knoxville in 2014 to work as the Deputy District Attorney General and prosecuted thousands of cases ranging from first degree murder to simple assault before taking the bench as a criminal court trial judge.

Throughout his career, he has worked closely with every element of the state’s criminal justice system. When he applied for the vacancy in the Court of Criminal Appeals, he asked a criminal defense attorney, a person who would typically be opposing counsel during his days as a prosecutor, to introduce him to the Governor’s Council for Judicial Appointments.

“I cannot say how honored I am to receive this appointment from Governor Lee and confirmation from the General Assembly,” Judge Hixson said.  “I promise to work tirelessly on behalf of my fellow Tennesseans to promote and preserve the rule of law in this new role.”

Judge Hixson earned his J.D. from the University of Tennessee College of Law and bachelor’s degree from the University of Tennessee at Knoxville. He was raised outside of Crossville, where his family owned and operated M.A. Hixson’s Grocery and later a small chain of convenience stores. The grocery business was entirely family run, open six days a week for 13 hours a day, and was essentially home-base for the Hixson clan, even serving as the school bus drop-off location. Judge Hixson developed an early interest in sports broadcasting and as a teenager worked at a country station in Crossville, covering high school football and basketball as well as other news.  Tennessee Volunteer alumni and fans may find his voice familiar as he worked as the sports director of the University’s student-operated radio station and later had an eight-year run as an announcer, reporter and producer for the Vol Network, where he focused on baseball and also worked football and basketball games.

“As any lawyer will tell you, a strong work ethic is essential for anyone who works in our profession,” Judge Hixson said.  “I was fortunate to have that quality instilled in me at a young age by the great example of my family members.  I have been blessed with the opportunity to dedicate my career to public service, and I cannot wait to be a part of the important work of the Court of Criminal Appeals this fall.”

He is also a member of the Knoxville Bar Association; Hamilton Burnett American Inn of Court; and Knoxville Federalist Society. 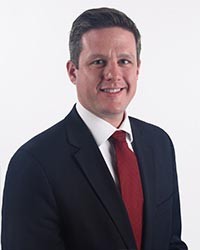