Judge Katerina Vatulina Moore was born in Ukraine. She grew up in Zaporizhzhia, a city in the south-eastern part of the country, known for its multiple power stations. In fact, the Zaporizhzhia Nuclear Power Plant is the largest nuclear power station in Europe. When Judge Moore watches the devastating Russian-Ukrainian news reports coming out of her birth country, she can’t help but get emotional.

“I went through an emotional roller coaster lately.” Judge Moore said. “I feel sad and I cry. I feel angry at times just because there doesn’t seem to be provocation for what is happening. It takes us back several centuries to medieval times, where one country would occupy another. It seems so barbaric. To see children and refugees, it’s so hard to see. When my birth city was hit, it became real that the war was right there. It makes you feel helpless at times. My heart goes out to the people.”

Although Judge Moore hasn’t visited Ukraine in more than 20 years, she still has family there.

“I have two nephews, as far as close family,” she said. “I’m sure cousins and aunts and uncles. My connection became less and less after my mom passed away. I’ve been trying to reach out to some I know. The emails came back, so either they are not going through or the email addresses have been changed. I have a friend here from Ukraine. This friend reached out and we connected a few years ago. She has family in Ukraine, and I stay in touch with her to see what’s going on. Sometimes media reports may be different than what’s really going on. Sometimes they censor a lot. At least, it was part of the culture when I was growing up. I wanted to see if there was a difference.”

Growing Up in Ukraine

Judge Moore grew up in a family of four. Her dad was a truck driver, while her mom worked as a cashier in a consignment store.

“My parents were blue collar workers,” she said.  “The Soviet Union was different in the ideas that it was promoting, as far as political ideas. The system included free health care, free education, free housing. So once the Soviet Union broke up, the economy and the political structure was kind of shaky for a while. There was inflation. From what I remember, my parents were struggling for a while. Everything was not free anymore. Now, you had to pay for it. At one point, inflation was so high my parents were getting paid in millions or tens of thousands but the money was really worthless. Then, it came to the point of getting paid with coupons. You would go to the store and buy an item and the store would take so many coupons depending on the product.”

Judge Moore was taught the English language from the first grade on and was the only one in her family who spoke it proficiently.

“It was just something we did in school,” Judge Moore said. “Of course, when you grow up in the Soviet Union, you spoke two different languages. I lived in the city. We spoke Russian in the city, predominantly. Ukrainian was a language you spoke in the villages, if you went to visit your family. When the Soviet Union broke up and the republics became independent, more nationalistic ideas became stronger, so obviously Ukrainian became the primary language.”

Judge Moore’s proficiency in English helped her secure a trip to the United States in 1996, as a high school exchange student. She was a junior participating in a 10-month stay, which was part of Open Door Student Exchange program funded by Congress under the FREEDOM Support Act of 1992.

“The idea was to bring the Soviet Republic kids to the United States and expose them to the ideas of democracy and, hopefully, to plant some seeds for that to flourish and be implemented when they go back to their countries,” Judge Moore said. “The program that I came here on was a result of a four-level competition, based on English language comprehension. The school I went to was focused on humanities.”

Judge Moore returned to Ukraine after completing the exchange program. She attended college in Ukraine for a year, with the hope of becoming an interpreter, but when her former host family invited her to stay with them and attend college in the U.S., in 1999, she gladly accepted.

“What influenced my decision was the opportunity for a better life and opportunity to have a structure where there was rule of law, and there was fairness and there was democracy, and what it’s supposed to be,” Judge Moore said. “I didn’t have to worry about the instability, whether it was the economic instability or just figuring out how to maneuver in the system. The system of law and order in the United States did not exist in Ukraine.”

“My degree wouldn’t lead to many job opportunities in Perry County,” Judge Moore said. “And it was not going to work without some type of graduate degree, so it was either law school or grad school. I took both entry exams and law school happened to answer first.”

“Over 20 years I’ve been in this country and I feel blessed to be here,” Judge Moore said. “I still get teared up when God Bless America is sung and the National Anthem does something to me every single time. I think it is because I went through the process to become a citizen and so I don’t take that for granted.”

In 2010, Judge Moore left the Spitzer Firm to open her own law firm, The Moore Firm, in Linden, Tennessee. She was then elected to the Perry County bench in 2014, where she serves as General Sessions and Juvenile Court Judge.

“In Perry County, I am blessed to be in public service,” Judge Moore said. “Perry County residents have given me so much love and support over the years. I like to make sure my county is represented and my citizens are shown love in return. I always tell people who come to my county that we have some special people here; Perry County will embrace you and you may never leave.”

That love and support continues, as Judge Moore goes through this difficult time.

“The people in my community and Judges across the State have been so nice to reach out and let me know they are thinking about and praying for the people of Ukraine,” Judge Moore said. “Their kindness is so sweet and appreciated. I am so blessed, I almost feel guilty. I feel helpless. I don’t know what I can do to help the situation.”

Reflecting with Pride on her Homeland

Judge Moore greatly appreciates the generosity of the American people, as a nation, and their goodwill efforts toward Ukraine.

“The gratitude I have for people having such awareness of Ukrainian people now, I just want to share how grateful I am for that and knowing Ukraine is so forefront in everyone’s thoughts and prayers,” Judge Moore said. “I hate that it came down to the war, but it’s kind of nice for people to ask questions. Ukraine is a beautiful country with very nice people. I just wish that side could have been seen before this occurred. I hope that it can be rebuilt and they can still have their independence and endurance. People do have that grit and will to survive, and pride. The independence that they gained years ago is not by mistake. The fact that they didn’t just let Russian forces come and just take over is because of those characteristics. I just wish people knew Ukraine before and not for what is happening now.”

Ukraine gained independence in 1991 and is home to 43 million people. The Russian invasion of Ukraine, which began on February 24, is the largest conflict in Europe since World War II. 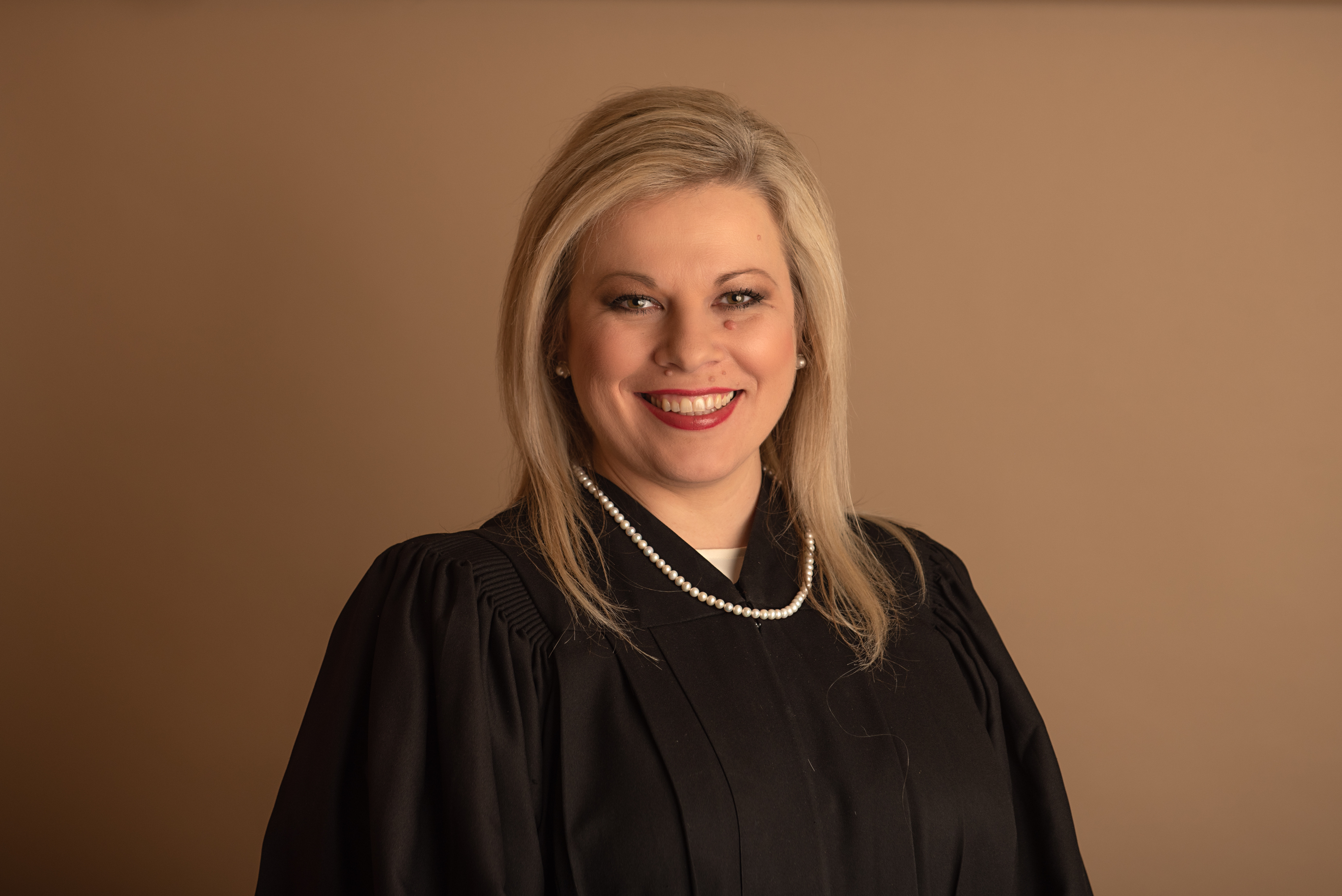