The Judges Making a Difference Award recognizes recovery court judges who give it their all. McNairy County General Sessions Judge Van D. McMahan and 22nd Judicial District Judge David Allen were honored with this year’s awards from the Tennessee Association of Recovery Court Professionals.
Derek Bodiford, McNairy County Recovery Court Coordinator, presented the award to a very special friend, Judge McMahan.
“I’ve had the distinct privilege of being friends with the judge all of my life – little league, same high school. He’s a family man. He’s a super great guy,” said Bodiford.
Bodiford shared that during his many years in practicing law, Judge McMahan always treated and worked with his clients as if they were going to win each case. Although most of these clients were on the losing end, Judge McMahan often received letters from them, thanking him for treating them like human beings.
“Two characteristics that really stand out to me are his compassion and his faith,” said Bodiford. “He’s a very compassionate person, which basically means he cares about people. It’s a genuine trait he has.”
The award was a surprise to Judge McMahan, who was excited to see his family in attendance.
“Thank you so much for this award. It means a whole lot to me,” said Judge McMahan. “I’ve practiced law for 25 years, been a judge for 16 years, and recovery court is the one thing that is the most important thing to me that I do by far. It’s the most rewarding thing that I do, where I can really help people. And that’s what it’s all about.”
Tamara Robinson, Recovery Court Coordinator for the 22nd Judicial District, gave the top five statements Judge Allen often says in court that shows he is making a difference.
5. Look around at this team. All of these people are smart and all of these people know what they’re doing, and all of them want to help you succeed.
4. I’m not addressing you as a person, I’m just addressing your conduct and behavior. I like you. I just always don’t like your conduct (when issuing a sanction).
3. I knew all along that we were here to help you (participants), but I never knew how much you were going to help each other stay clean.
2. Recovery court is the highlight of my day (He says it every time the court meets).
1. We set out to help them, but they end up helping us more than they ever know.
Robinson went on to say Judge Allen is willing to do whatever he can do to adhere to the drug court standards, so they can have the best possible recovery court. Judge Allen is known for his calm demeanor.
“He does not allow himself to get angry,” said Robinson. “He knows the importance of helping these wounded people and I know that he is definitely making a difference in the 22nd judicial district.”
Judge Allen said he smelled a rat when nomination time rolled around. He said his team is pretty sneaky, but gives them the credit for his court’s success.
“Everybody in this room knows that recovery is a team effort and I am blessed with an extraordinary team to work with,” said Judge Allen. “They’re dedicated, they’re smart and they’re fiercely protective at changing the lives of those persons we work with. We all are privileged to be able to help change lives and I’m so blessed to work with this wonderful team. I love you all so much.”
Each year the Judges Making a Difference Award is presented to a General Sessions Judge and a Circuit Court Judge. 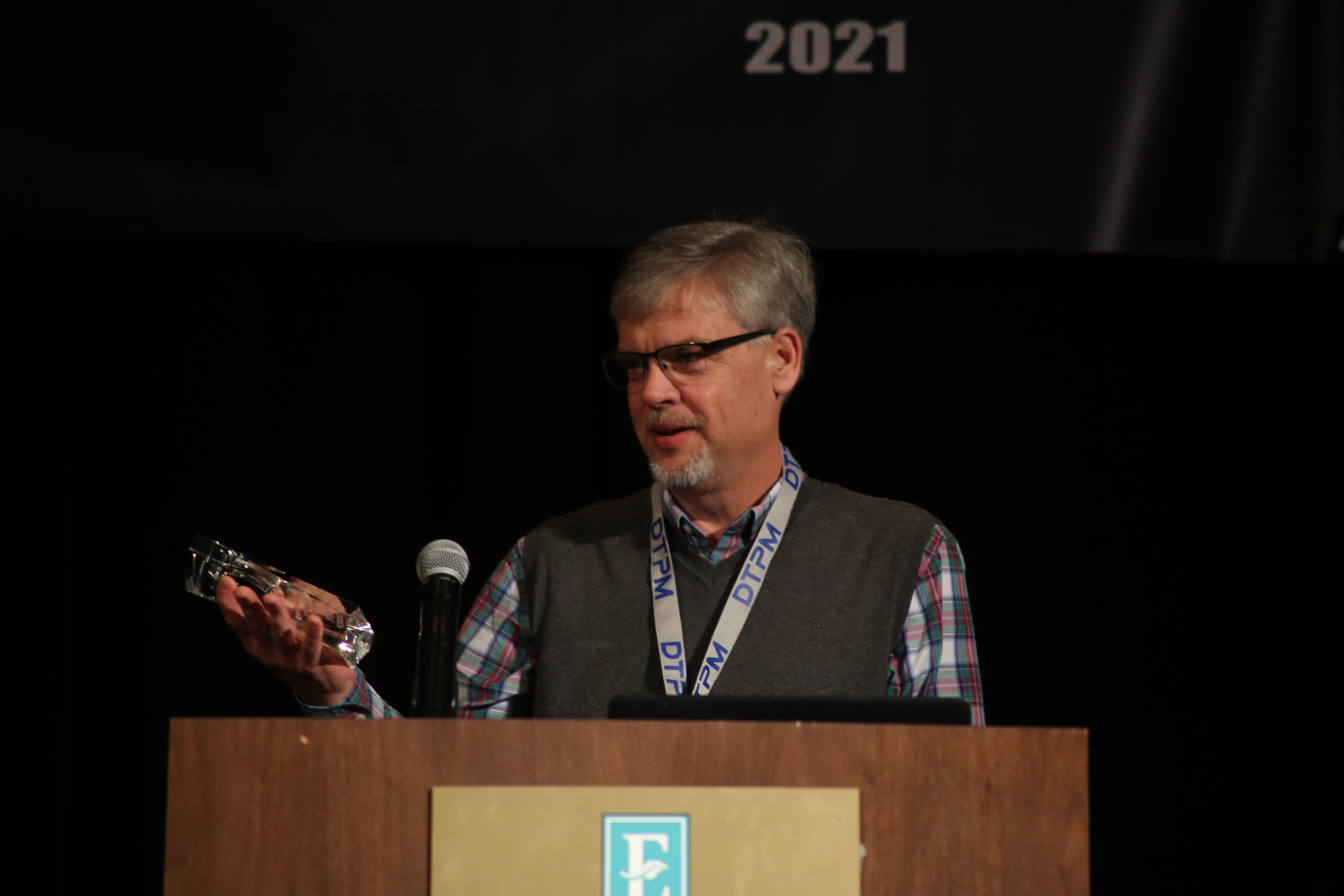