Medical debt is an unwelcome burden with lasting repercussions for millions of Americans each year. Thankfully, the Hamilton County General Sessions Court is at the forefront of a new program that gives those with unpaid medical bills the opportunity to negotiate a better outcome for themselves without ever having to enter a courtroom.

The process is called Online Dispute Resolution (ODR), and it is easy and intuitive to use. Eligible parties with debts owed to Erlanger Baroness Hospital are able to register on the TN Med Debt site and send a message to Erlanger concerning their debt before a lawsuit is ever filed. A representative from Erlanger will then message them back, beginning a conversation where strategies like payment plans or adjusted pricing can be worked out. The conversation is asynchronous, meaning that parties can leave messages at any time of night or day even while using a smartphone or tablet, at their own convenience.

Crucially, those owing money are able to request the assistance of a Rule 31-trained mediator for help in reaching a settlement. The mediators do not take a side in the negotiation, but rather work to come up with potential solutions that satisfy both parties. The hope is that a settlement can be reached which will put those in debt on a path to a more secure financial future, while causing the least amount of disruption to their lives.

“This is a program that is designed to give you and the health care provider an opportunity to discuss, negotiate and possibly agree on some deal to resolve a medical bill,” Hamilton County General Sessions Judge Alex McVeagh said. “And best of all it’s completely free, voluntary, and confidential.”

While medical debt is a problem nationwide, the problem looms especially large in Tennessee. According to the Sycamore Institute, Tennessee has the 10th highest rate of medical debt in the country. Ninety-three out of 95 counties in the state have medical debt above the national average, and one of four Tennesseans report that their credit history has been adversely affected by medical debt.

The TN Med Debt program offers these people a new source of hope.

“Tennessee families have faced many challenges this year, from COVID-19 to the economy and their own pocketbooks,” Administrative Office of the Courts Director Deborah Taylor Tate said. “By providing an opportunity to resolve debt easily before it causes even more stress or additional legal issues, this program will be a real solution for families in the Chattanooga area.”

There is an urgent need to address this issue because, as longtime mediator Larry Bridgesmith explained, outstanding medical debts can have long lasting, detrimental impacts on someone’s financial stability. Many of those who fall into debt find themselves trapped in an increasingly dire sequence of events. First, they may have a complaint filed against them in court for nonpayment of a debt, which hurts their credit rating. Next, they may default on that debt, which can be followed by a garnishment or a lien. It can be difficult if not impossible for many to recover financially.

Judge McVeagh described some of the many damaging ramifications that medical debt has had on people he has observed in Hamilton County General Sessions Court.

Indeed, the problem is a big one in Hamilton County General Sessions Court. Judge McVeagh said that there were around 15,000 civil cases filed in the court in 2019 alone, many of them centered on medical or other consumer debt. That large volume is partially due to the fact that the General Sessions Court handles civil cases for up to $25,0000, which Judge McVeagh pointed out is “the highest ‘small claims’ jurisdictional limit in the country.”

These issues were in Judge McVeagh’s mind back in 2019 when he helped represent Tennessee at the National Conference of State Courts Innovation Summit in Louisville, KY, alongside Director Tate, Larry Bridgesmith, and Ann Pruitt, Executive Director of the Tennessee Alliance for Legal Services. There, the idea for an ODR program in Tennessee crystallized, with Judge McVeagh realizing that Hamilton County would be a perfect location to launch the pilot.

Planning was underway in the following months, and in June 2020 the Administrative Office of the Courts wrote an application for a technical assistance grant from the State Justice Institute to fund the ODR pilot. A $50,000 grant was awarded in August 2020. Supplementary funding for the pilot has been provided by the Tennessee Supreme Court Access to Justice Commission, which is sponsoring the pilot project along with the Alternative Dispute Resolution Commission.

While ODR technology has been utilized by other states, Hamilton County’s program is unique in a couple of different ways.

First of all, it stands out due to its exclusive focus on medical claims. Other ODR programs may focus on traffic court cases, some small claims, or family disputes, but this is the first one to direct all of its attention to the pervasive problem of medical debt.

Secondly, other programs are not committed to finding solutions in the “pre-suit,” early stages of a dispute, before anything has been filed in court. By addressing the problem at this stage, those in debt can avoid damage to their credit rating.

While the ODR program was designed to benefit economically struggling Tennesseans, it has been embraced by Erlanger, which is eager to help patients who may otherwise default on their debts find a way to efficiently resolve their financial problems.

“Through this program, Erlanger can work directly with patients regarding their billing concerns so outstanding medical debt can be resolved without involving collection agencies, credit reporting, lawsuits, or additional stress,” Christopher Spady, vice president of revenue cycle at Erlanger Health System, said. “This eliminates the expense and hassle of going to court, and it also allows Erlanger to continue doing what we do best, compassionately caring for our patients.”

The program has also been welcomed by Legal Aid of East Tennessee, an organization that often comes to the aid of those who find themselves in medical debt. Qualifying parties can request Legal Aid’s support during the ODR process if they have any legal questions or would like guidance on how to proceed in negotiating their debt.

“If you’re receiving letters and phone calls about a medical debt, it’s important that you develop a response before you potentially face negative entries on your credit report and a lawsuit,” attorney Shahen Salili of Legal Aid of East Tennessee said.

Court Innovations Incorporated was chosen to design the platform on which the ODR system operates. Legal Aid attorneys helped craft the language that guides parties through the process, which, along with the platform’s human-centered design, has made the ODR program ideally suited for use by the average person.

The hope is that the Hamilton County ODR pilot will be successful enough that similar programs can then be implemented in other parts of Tennessee, greatly expanding the pilot program’s mission “to make access to justice and judicial engagement less costly, less time consuming and more satisfying to the citizens of the state.”

For questions about the TN Med Debt Pilot Program, contact the Tennessee Dispute Resolution Office at ODR@tncourts.gov. There is also a page with answers to the most common questions for those using the TN Med Debt site. https://cii2.courtinnovations.com/TNMEDDEBT/faq 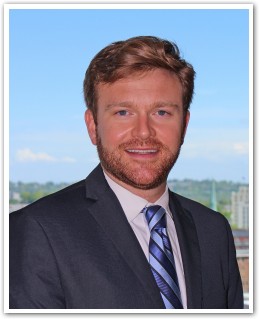