After more than 25 years of service, Tennessee’s longest serving State Appellate Judge, Charles D. Susano Jr., has announced he will retire from the bench effective April 30, 2020. In a letter to Governor Bill Lee, Judge Susano said “It has been the highest honor of my life to have served the people of the state of Tennessee, and I am profoundly grateful for the opportunity.”

Governor Lee stated, “We appreciate Judge Susano’s long tenure and leadership on the Court. He has been admired in the legal community for many years and his service will be missed.”

Born in 1936, Judge Susano is a lifelong Knoxvillian, who attended Knoxville Catholic High School where he was the captain of school’s first city championship basketball team in 1954. In 1958, he graduated magna cum laude from the University of Notre Dame and served in the U.S. Army until 1960. After being honorably discharged, he enrolled at the University of Tennessee College of Law where he was later admitted to the Order of the Coif and became a member of the Tennessee Law Review. After graduating from law school in 1963, he served in the inaugural group of law clerks to the Tennessee Supreme Court, working for then Chief Justice Hamilton Burnett.

Licensed as a lawyer in 1964, he practiced law in Knoxville for over 30 years as a partner with Bernstein, Susano and Stair, and later with Susano, Sheppeard, Giordano and Swanson. During these years, he served on the Advisory Commission to the Tennessee Supreme Court on Civil Rules and was active in his community, serving on numerous nonprofit boards and at his church.

In March 1994, Governor Ned Ray McWherter appointed him to the Tennessee Court of Appeals - Eastern Section. Judge Susano was elected statewide in 1994 and re-elected in 1998, 2006 and 2014. He served as Presiding Judge of the Court from 2012-2014. He has authored well over 1,000 opinions during his time on the Court, leaving a profound legacy with this body of work.

He has served in other roles as a member of the judiciary, including sitting as a Special Judge on the Tennessee Supreme Court and serving on the Court of the Judiciary from 1999-2003. In 2009, he authored Remembering U.S. District Judge Robert L. Taylor, a notable East Tennessee Federal Judge.

Among his many accolades, Judge Susano was recipient of the Justice Frank F. Drowota III Outstanding Judicial Service Award in 2017; Appellate Judge of the Year from the American Board of Trial Advocates, Tennessee Chapter in 2003; and Courage in the Face of Adversity Award from the Knoxville Bar Association in 2004. Although permanently paralyzed from the chest down as the result of a fall in June 1993, Judge Susano has never let his disability keep him from serving his community and beloved state of Tennessee.

Judge Susano has been married to his wife, Carolyn, for 55 years and has three children, Stephen, Maria, and Charles III, who is Knox County Circuit Court Clerk. He also has six grandchildren, Madison, Sydney, Hanna, Sophie, Jacob, and Hudson. 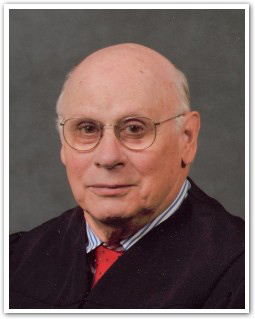