Justice Anderson was elected to the Tennessee Supreme Court in 1990 and was chosen by his colleagues to serve as chief justice for the first time in 1994. When he retired from the court in 2006, Anderson had served as chief justice longer than anyone else in the preceding 40 years.

As chief justice, Anderson worked to make courts open and accessible and to educate Tennesseans about the judicial branch of government.

"The courtroom is not sacrosanct,” Justice Anderson said at a Tennessee Journal of Law and Policy symposium in 2006.  “It belongs to the people just as any other part of government does.”

Justice Anderson spearheaded the effort to adopt a rule permitting cameras in court proceedings.  In a 2007 interview for the Tennessee Bar Foundation’s Legal History Project, Anderson said, “The Supreme Court and the other courts can only survive if the public trusts the courts, and one way to engender that trust is for them to understand what we do and how we do it.”

Justice Anderson also founded the SCALES program, where justices travel across the state holding court for high school students. The SCALES program, which stands for Supreme Court Advancing Legal Education for Students, has reached over 25,000 students in 460 different schools and has won numerous awards, including the 2016 Sandra Day O’Connor Award for the Advancement of Civics Education.

Other notable changes that occurred during Justice Anderson’s tenure include an overhaul of the Code of Judicial Conduct for judges; the adoption of a sexual harassment policy for the judicial department of state government; and the adoption of court-annexed alternative dispute resolution to settle legal disagreements without litigation.

Several special commissions were also created while Justice Anderson was on the Court. Two of those were devoted to studying and offering solutions for issues of gender and racial inequality in the state: the Racial and Ethnic Fairness Commission and the Gender Fairness Commission. Those commissions operated for a number of years before issuing final reports and recommendations.  Justice Anderson served as the Court’s liaison to the Gender Fairness Commission.   Another commission created during this period was the Statewide Commission on Foster Care, which studied how the court system could improve and expedite cases that involved children in foster care.

Justice Anderson brought personal experience to his work on the Statewide Commission on Foster Care.  His father died when he was just 6 months old, leaving his mother to support the family and raise him and his older brother.   She was forced to take a seven-day-a-week job and leave her sons in the care of a family friend, who also served as a foster parent for other children.  This experience instilled in Justice Anderson a lifelong interest in foster care.   Eventually, Justice Anderson’s mother remarried, and her new husband adopted Justice Anderson and his brother.

The family remained in Knoxville, and Justice Anderson graduated from Central High School in Knoxville in 1950 and enrolled at the University of Tennessee.  At first, Justice Anderson considered becoming an engineer because of his interest in math.  That changed one day, though, when he hitchhiked to school in the car of a local lawyer.

“He impressed me with his passion for the law,” Justice Anderson remembered. Justice Anderson decided that week to pursue a pre-law track, and he ultimately graduated from the University of Tennessee College of Law.

After law school, in 1958, Justice Anderson became the first associate at the Oak Ridge law firm of Wilson & Joyce.  Frank Wilson and Gene Joyce would have a major impact on his life.  “I couldn’t have had two better mentors to go to,” he said. “I think it’s important to have that when you’re a young lawyer and you’re malleable. You’re going to be influenced by whoever you associate with. I couldn’t have been more fortunate in my choice of mentors.”

When Wilson left the firm after his appointment to the federal bench, Justice Anderson became a managing partner, and the firm was renamed Joyce, Anderson and Meredith.

The firm had a “very strong work ethic,” Justice Anderson said, a principle that first resonated with Justice Anderson at a young age and would continue to do so throughout his entire career.  Justice Anderson had been with the firm nearly 30 years when he decided to pursue a judicial career after a judge of the Tennessee Court of Appeals retired unexpectedly.

Governor Ned McWherter appointed him to the Court of Appeals in March 1987. The transition was not easy after so long in private practice.

Nevertheless, Justice Anderson excelled on the appellate bench. Three years later, in 1990, he was elected to the Tennessee Supreme Court, where he served until his 2006 retirement.

In addition to his legal and judicial career, Justice Anderson believed strongly in the importance of civic and community service, and when speaking publicly often quoted Winston Churchill on the subject: “We make a living by what we get, but we make a life by what we give.”  He volunteered his time to many organizations over the course of his life, including the Oak Ridge Charter Commission, the YMCA, the Mental Health Foundation, the Rotary Club, and the Methodist Church.

"Justice Anderson was the epitome of a true leader of the judiciary in all respects," noted Chief Justice Jeff Bivins. "His innovative leadership as chief justice was surpassed only by his personal characteristics. He had a very kind heart and always had time for everyone. He also was always a model of civility and humility that all of us should strive to follow."

“Riley Anderson was an incredible leader in making the judiciary more transparent and understandable to all citizens,” Justice Cornelia A. Clark said. “As chief justice he introduced the SCALES program to Tennessee, moving the court across the state so that high school and college students could hear and study real cases in their home communities. He worked hard to foster respect and cooperation among the three branches of government while always advocating unwaveringly for the rule of law. He was a mentor and friend to me when I served as Administrative Office of the Courts director and I was extraordinarily privileged to serve my first year on the Supreme Court with him as he finished his judicial career. His contributions to the judiciary will be remembered forever. He will be sorely missed."

Justice Sharon G. Lee did not serve on the bench alongside Justice Anderson, but called him a valued friend and mentor.

“Justice Anderson came from humble beginnings, worked hard, and achieved greatness,” she said. “He was unassuming, hard-working, knowledgeable, and committed to justice for all. He was someone you could always look to as an example of what a judge should be. He will be missed.”

Justice Lee’s reference to “justice for all” highlights how his former clerk, Rodd Barckhoff, who clerked for Justice Anderson for ten years, will remember him.

“My lasting impression of Justice Anderson will always be his concern about the cases that do not make it before the Court or do not make it before any court because individuals may not have access to counsel,” Barckhoff said, during a 2006 symposium.  “Justice Anderson rarely said ‘no’ when asked to speak to students, bar organizations, or civic organization, and his remarks always emphasized the importance of pro bono service and the need to provide a voice to those who have none. He has provided strong, visible reminder that justice is attained only if the courts are open to all without regard to income, race, ethnicity, or social status.”

Family will receive friends 1:30-2:30 on Saturday, July 14 at Click Funeral Home Farragut Chapel with Celebration of Life service to immediately follow. In lieu of flowers, memorials may be made to the Tennessee Justice Center, www.tnjustice.org

"Justice Anderson hired me as his law clerk in 1992, two years after he began serving on the Tennessee Supreme Court, and I clerked for him until 1996.  He was a wise, patient, even-tempered, highly intelligent, conscientious, hardworking, innovative, honorable, and visionary judge.  He was soft spoken but taught me many lessons about the legal profession by his actions and the way he treated other lawyers, judges, and staff.  I do not recall Justice Anderson ever raising his voice or becoming angry.  He also had an amazing ability to anticipate the real-world consequences of the Court's decisions for lawyers, judges and litigants, probably from his nearly thirty years' experience practicing law before becoming a judge.  I have now worked for the Tennessee Supreme Court for almost twenty-six years in different capacities.  I can honestly say that, almost every day, I still rely on lessons learned during my clerkship with Justice Anderson to do my work.  I will always be grateful to him for giving me the opportunity of serving as his law clerk and mentoring me at the beginning of my legal career.  My condolences and prayers go out to his family."
- Lisa Rippy McGuffey, Former Law Clerk 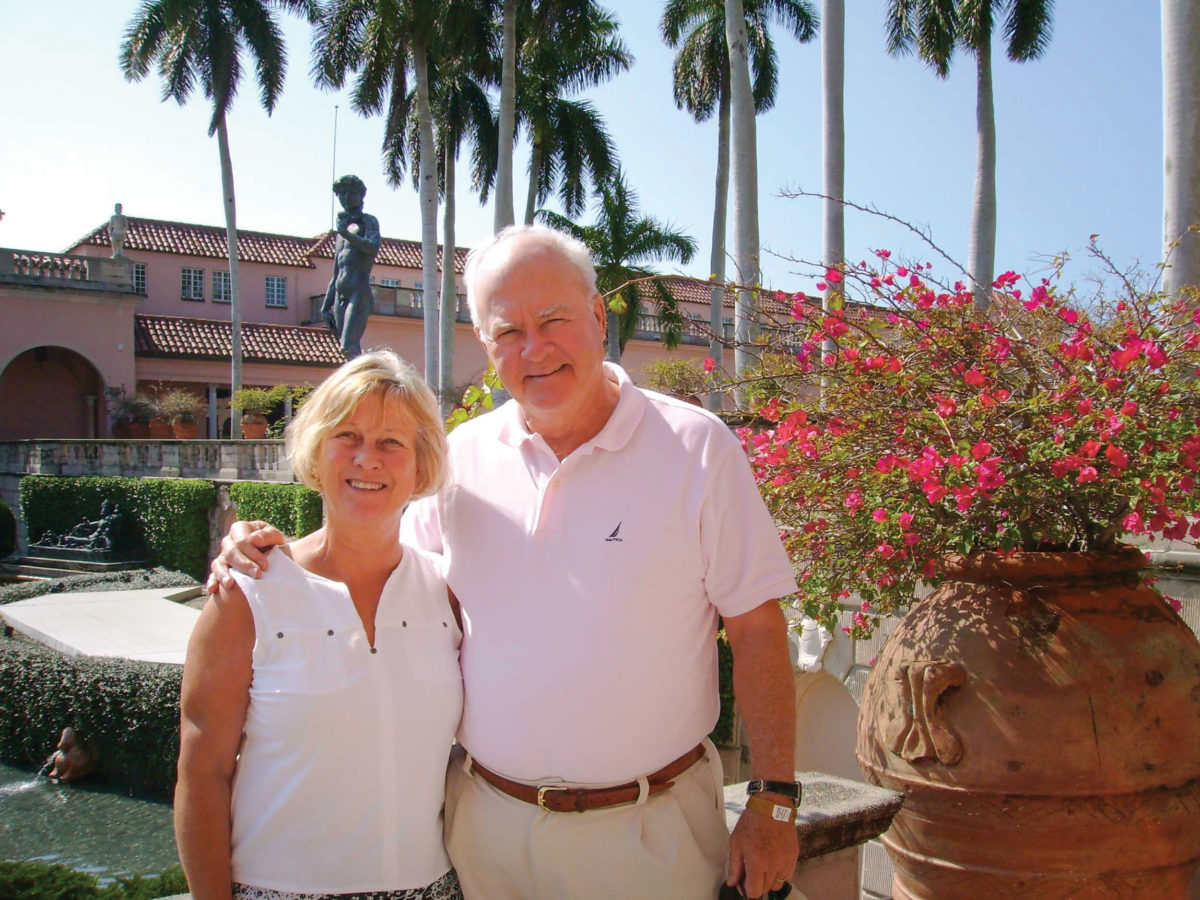