In addition to his service in the courts, Judge Campbell has taught around the country on trial advocacy and ethics. Judge Campbell served as a technical advisor to the National Civil Rights Museum regarding the Martin Luther King assassination and James Earl Ray.  Currently Judge Campbell is Chairman of the Education Committee for the Tennessee Judicial Conference. 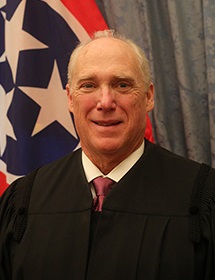