The Tennessee Judiciary is mourning the loss of the 20th Judicial District Circuit Court Judge Phil Smith, who passed away unexpectedly September 4 at the age of 62.  Judge Smith became the presiding judge of the 20th Judicial District on September 1, 2022. He was first appointed to the bench by former Governor Phil Bredesen in March of 2009. He was elected in 2010, 2014, and 2022.

Prior to joining the judiciary, Judge Smith was an assistant district attorney in the 20th Judicial District, working in the Child Support Enforcement. Later in his career he served as a special judge for the Davidson County 2nd Circuit Court, 5th Circuit Court, Probate Court and as a special referee for the Davidson County Juvenile Court. He also served as a hearing panel member on the Board of Professional Responsibility. In private practice, he worked for the Norman Law Firm and Robinson, Smith and Oglesby.

In 2015, The Women’s Political Collaborative of Tennessee honored Judge Smith with a “Good Guys Award” for his work on domestic violence. He graduated from the University of Tennessee College of Law in 1988 and Tennessee State University in 1984.

He is preceded in death by his parents, Dale and Lurene Smith. He is survived by his wife of 39 years, Pam Smith; children, Katelynn Smith and Kelsey Roberge (Mikey); grandchildren, Briston Roberge, Hadley Roberge, and Reed Roberge; brother, Scott Smith.

In honor of the Judge, the family will be wearing UT Orange on Tuesday night. Anyone that would like to join in please do so. As he so proudly said, "It's football time in Tennessee, Go Vols!" 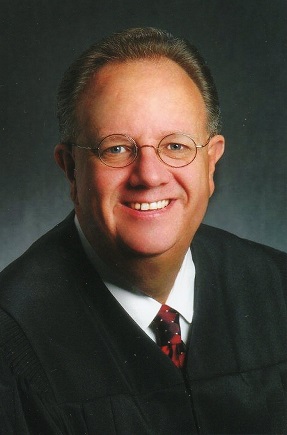