The Tennessee Judiciary is mourning the loss of Sumner County General Sessions Judge Mike Carter, who passed away July 13 at the age of 64. Judge Carter was appointed to the bench in 2015 after a third general sessions judge position was created in the county. He won re-election in 2016 to a six-year term.

In 2018, Judge Carter played a pivotal role in the creation of the Sumner County Mental Health Court.

Judge Carter earned his B.A. in political science from Middle Tennessee State University and his J.D. from the Nashville School of Law. Prior to joining the bench, he was in private practice from 1997-2015 in Sumner County, focusing on both criminal and civil law. Judge Carter served as a police officer in Gallatin and Lubbock, Texas for 15 years before attending law school.

This story will be updated as more information becomes available. 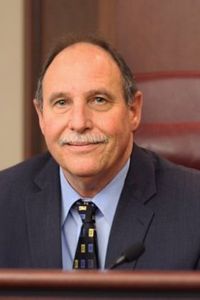