Judge John W. Campbell was confirmed by the General Assembly today as the newest member of the Tennessee Court of Criminal Appeals – Western Section.  Judge Campbell was appointed by Governor Bill Lee on January 12 after being one of three candidates recommended by the Governor’s Council for Judicial Appointments.  He fills the vacancy left after the retirement of the late Judge Alan E. Glenn on July 1, 2021.

“Judge Campbell is a dedicated public servant who has spent his entire career in criminal law,” said Tennessee Supreme Court Chief Justice Roger A. Page. “He has a wide breadth of experience with all matters of criminal law and has proven himself a diligent and thoughtful jurist. He will make an excellent addition to the Court of Criminal Appeals.”

Judge Campbell has served as a criminal court judge in the 30th Judicial District, which includes Shelby County, since 2012. There, he presided over approximately 1,200 criminal cases a year ranging from drug crimes to murder to child abuse to post-conviction relief. He was elected by voters to a full-term in 2014.

“The Court of Criminal Appeals plays are vital role in ensuring the fair and equitable administration of justice in our state, and I am honored to take the bench with my new colleagues,” Judge Campbell said. “I am passionate about criminal justice, education, and the law. Becoming an appellate judge was always an aspiration, and I am very grateful to everyone who helped make this goal come to fruition.”

Currently Judge Campbell is serving on the Judicial Ethics Committee and is Chairman of the Education Committee for the Tennessee Judicial Conference. He was appointed by both Governor Bill Haslam and Governor Lee to task forces charged with developing recommendations for criminal justice reform. He previously was elected secretary of the Tennessee Judicial Conference. He is a frequent speaker on criminal law topics before both judges and attorneys.  During the COVID-19 pandemic, his colleagues selected him as the presiding judge for the 30th Judicial District.

Judge Campbell was a technical advisor to the National Civil Rights Museum regarding the Martin Luther King assassination and James Earl Ray.  He is a member of the Diocesan Review Board of the Catholic Diocese of Memphis.

He earned his bachelor’s degree in history from Memphis State University and his law degree from the University of Memphis Cecil C. Humphreys School of Law. 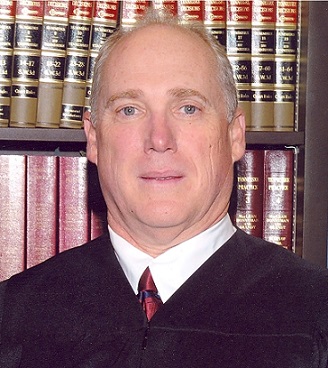