Sarah Keeton Campbell is officially the newest justice on the Tennessee Supreme Court. Justice Campbell was confirmed today during a joint session of the Tennessee General Assembly, the final step in the appointment process, and took the oath of office.  She was nominated by Governor Bill Lee on January 12 after being one of three candidates out of 11 applicants recommended by the Governor’s Council for Judicial Appointments.

Justice Campbell fills the vacancy created by the passing of Justice Cornelia A. Clark on September 24, 2021. She is Governor Lee’s first Supreme Court appointment and the second justice to navigate the confirmation process that was enacted in 2016 after Tennessee voters approved a ballot initiative in 2014.

“Sarah has created a truly remarkable and unique career focused almost exclusively on appellate work with a strong passion for public service,” Chief Justice Roger A. Page said. “The Court is thrilled to welcome her to the bench as a colleague. She is accomplished and determined, yet humble and personable, and I am sure she will serve the citizens of Tennessee well.”

Justice Campbell was born in LaFollette in Campbell County.  Her extended family still lives in Campbell County and Scott County, where her grandparents made their living working on farms, in factories, and on the railroad. Her father was the first in her family to attend college, and the family moved to Rogersville in Hawkins County when Justice Campbell was beginning middle school. She graduated from Cherokee High School in Rogersville, where her parents and brother, a local attorney and municipal judge, still reside.

“My parents and grandparents taught me to work hard, live with integrity, and treat everyone with fairness and respect,” Justice Campbell said. “I am proud of my rural East Tennessee roots.  The values I learned there shaped who I am today.”

Justice Campbell attended the University of Tennessee, Knoxville, on a full-tuition merit scholarship and was recognized as a Torchbearer, the university’s highest student honor.  While a student at UT, she was elected president of the Student Government Association; served as chairperson of the Undergraduate Academic Council; and was a founding member of the Baker Scholars Program. She graduated from the College Scholars program with emphases in political science, educational policy, and Spanish.

“I did not have any lawyers in my family, but I was always drawn to public service,” Justice Campbell said. “I developed an interest in the law while at UT and decided to attend law school with the aim of using my legal education to improve my community.”

A Focus On Appellate Law

Justice Campbell quickly realized the intense legal research, analysis, and writing required when cases are appealed after trial or an initial court decision was her niche.  After graduating from law school, she secured a federal clerkship with Judge William H. Pryor Jr. on the U.S. Court of Appeals for the Eleventh Circuit. That position was followed by a clerkship with Justice Samuel A. Alito, Jr. on the Supreme Court of the United States. There are approximately 36 U.S. Supreme Court clerkships each year, and obtaining a clerkship is extremely competitive with candidates with the highest credentials from the most prestigious law schools applying.

“My clerkships were formative experiences. I was fortunate to clerk for two of the finest jurists in the country. Those experiences allowed me to refine and strengthen my research and writing skills and gain an appreciation for the limited yet important role of a judge in our constitutional structure,” Justice Campbell said. “I found it very rewarding to work on the complicated legal issues that came before the appellate courts.  It was then that I developed an interest in becoming a judge.”

After practicing in Washington D.C. at Williams & Connolly, LLP, Justice Campbell felt the time was right to come home to Tennessee. For the past six years, she has worked in the Tennessee Attorney General’s Office, most recently as the Associate Solicitor General and Special Assistant to the Attorney General. During that time, she has represented her home state in both federal and state appellate courts, handling a wide range of criminal, civil, and constitutional law issues.

“Serving on the Tennessee Supreme Court is the opportunity of a lifetime,” Justice Campbell said. “I thank Governor Lee for putting his trust in me to serve Tennesseans in this capacity, and I also thank the General Assembly for confirming me to the position. I do not take the task before me lightly. The job of a judge is to decide cases fairly and impartially by applying neutral, objective principles.  That is how I will approach each case that comes before me.”

Justice Campbell met her husband Scott while they were students at the University of Tennessee. The couple currently resides in Nashville and have three children.   Mr. Campbell has dedicated his career to public education, serving both as a teacher and principal.  The family belongs to Christ Presbyterian Church.

Justice Campbell is a member of the Tennessee Bar Association, the TBA Leadership Law Alumni Association, the American Law Institute, and the Federalist Society.  She has been an invited speaker to dozens of continuing legal education courses focused on updates and reviews on state and federal appellate law.

A public investiture ceremony will be planned for the spring. 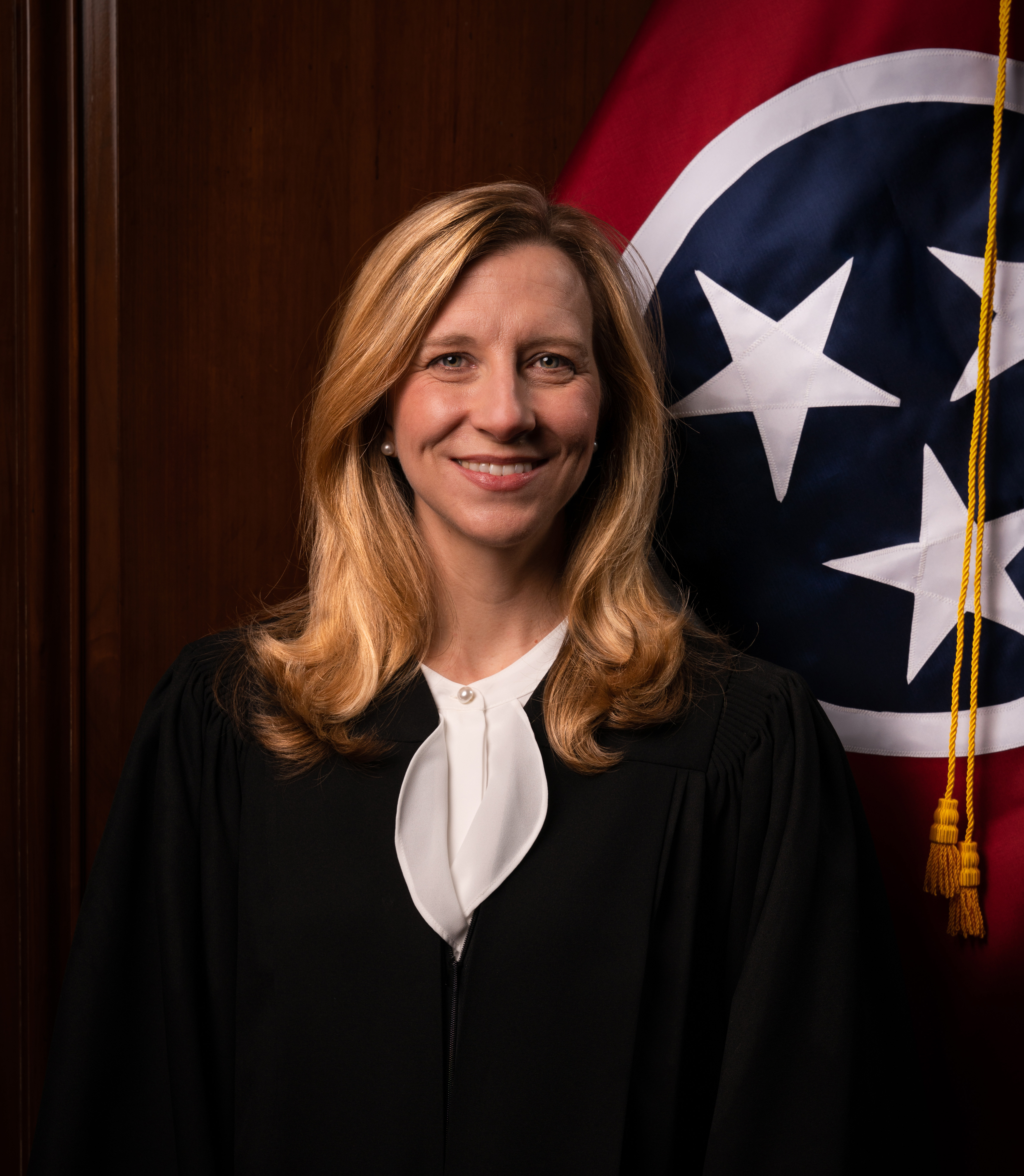