Judge Raymond Grimes, a general sessions and juvenile judge in Montgomery County, passed away on November 26 after being hospitalized with COVID-19 for several days. He was 73.

He was first elected to the bench in 1998 and was reelected multiple times, most recently in 2014. Judge Grimes earned his bachelor's degree from Memphis State University and a master's degree from Middle Tennessee State University. After earning his law degree from the University of Memphis in 1980, he practiced in Clarksville before becoming a judge. He also served as a Montgomery County Commissioner from 1994-1998. Judge Grimes served in the U.S. Coast Guard Reserves, retiring as a lieutenant commander.

Judge Grimes served as the president of the Tennessee Council of Juvenile and Family Court Judges in 2010.  He received the McCain-Abernathy Memorial Award from the TCJFCJ in 2011. The award is given to a judge with juvenile court jurisdiction who has demonstrated outstanding service in the effort to improve juvenile justice in Tennessee.

A Celebration of Life Service will be held Tuesday, December 1, at 3 p.m., at Immaculate Conception Catholic Church. Visitation will be Monday, November 30, from 2 - 6 p.m., at Neal-Tarpley-Parchman Funeral Home. In lieu of flowers, memorial contributions may be made to Montgomery County Recovery Court, 2 Millennium Plaza, Clarksville, TN 37040.

"Ray was a champion for children and people that seemed invisible to many. It was a privilege to know him and work with him on any project. Today, and in the days to come, our prayers will be with his family and friends and the citizens of Montgomery County."
-Judge Vicki Snyder, Henry County General Sessions & Juvenile Judge

"I am stunned.  And so saddened.  I find this news difficult to process.  Montgomery county has lost a lion and advocate for children. I recall, after being appointed juvenile judge, asking him whether he liked juvenile court. I was finding it complicated and frustrating.  He said "I love it."
-Judge Andy Brigham, Stewart County General Sessions & Juvenile Judge

"This has been a year of heart breaks. My thoughts are with the family and his community. We have lost a wonderful human being."
-Judge Dan Michael, Shelby County Juvenile Court Judge

"He was a true friend and judge! Always there to give great advice! Our judicial system will truly miss him. Prayers to all the family."
- Judge Jeff Rader, Sevier County General Sessions & Juvenile Court Judge

"My sincere condolences to Ray’s family. My heart goes out to them at this time of great loss. Tennesse and Montgomery County also lost a wonderful judge and public servant. Ray was always ready with his wisdom and good nature to guide those of us who saw him as mentor and friend. He added so much to our conference and his passing reminds us all to tell those who matter to us how much we love them. He will be missed."
- Judge Dan Michael, Shelby County Juvenile Court Judge

" I wish to extend my sincere condolences to Sharon and the rest of Ray’s family. As is quite often the case, some of  our most cherished memories of our judicial colleagues are not in the courtroom or in seminars at conferences but during our leisure activities.  My best memories of Ray are playing golf together in Gatlinburg, a time when we were both able to relax and get to know each other better.  He will be missed by all."
-Judge Sid Vinson, Houston County General Sessions & Juvenile Judge

"WhenI first met Judge Grimes, I was not doing good in my life. He was a very strict, but fair man. A few years ago I was honored to be able to go into the drug court as a sponsor of some of the women.  Over this period of time, I got the chance to see a very different Judge Grimes! He has shown so much compassion and care for the people who come into his courtroom, and I witnessed firsthand the many people who have had the oppression to turn their lives around.  No one was more of a cheerleader for them when they accomplished their goals than Ray Grimes.The impact that he has had on our community is enormous, but the impact that he has made in the recovery world is even bigger!  He was loved dearly by many and will truly be missed tremendously.  My condolences to his family, his friends and his drug court team and the participants. Rest in Heaven Judge Grimes!!"
-Kandi Holden, friend

"Judge Grimes was a dedicated public servant and an outstanding judge. He was committed to the families that came before him and was a pioneer in working for improvements in the judicial system. His humor, integrity, knowledge, and sincerity will be missed. Most of all, he was a trusted friend."
-Betty Adams Green, Retired Davidson County Juvenile Court Judge

"Ray and I went to law school at the University of Memphis. I was impressed with his kind heart and gentle spirit more than four decades ago. He served with honor on the Bench touching hundreds of lives. A man of integrity who honored the robe. I will always cherish my friendship with a good man who lived life well."
- Don Ash, Senior Judge

"Condolences to the family from Winchester, TN. Hope that the lord can help you during these times.
- Keaton Solomon, Tennessean

"Love and sympathy to Ray’s family at this terribly sad time. Ray had a kind heart and compassion for all. He had a great sense of humor. It is really hard to imagine that he is gone. He was a great judge because he was a great person. Rest In peace 'Podna'.”
- Judge Robert Wedemeyer, Court of Criminal Appeals Judge and former law partner
"I am deeply saddened by this news.  Judge Grimes served as a mentor to me and graciously welcomed me to the council.  I had the priviledge of substituting on a few of his cases in Clarksville, and I know how much his staff loved him and respected his work.  His generous service and influence will forever live on.  My deepest sympathy to his family."
- Michael Meise, Juvenile Court Judge Dickson County
" Judge Grimes will certainly be missed by his fellow judges and by so many that he has shown a path to a productive life and given a second chance. Goodbye my friend."
- Larry J. Logan, Carroll County General Sessions Judge
"Sincerest condolences to the Grimes family. Judge Grimes and I have spent the last 22 years on the council together. He was always very likable and professional. He will be missed by all."
- J. Roland Reid, Haywood County General Sessions/Juvenile Judge
"My condolences to this family.  We salute Judge Grimes for his years of service to our community and especially to the legal community.  His works and efforts did not go unnoticed.  Be comforted by the life he lived."
- Judge Gina C. Higgins - Circuit Court 30th Judicial District at Memphis 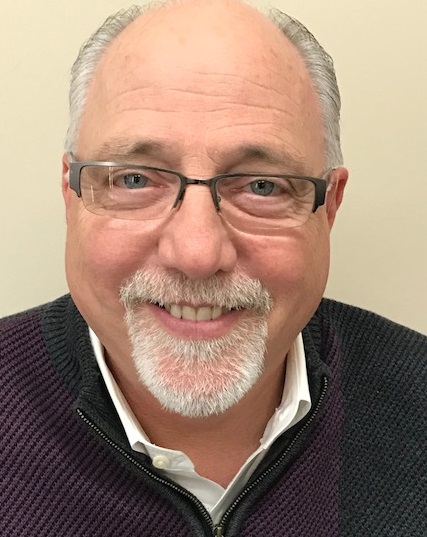