A long-time fascination with judges and the courtroom led Hamilton County Circuit Court Judge Jeff Hollingsworth to the bench in 2006.

“By the time 2006 rolled around, I had been trying cases in criminal courts for almost 30 years and I was fascinated by the judges I appeared in front of,” said Judge Hollingsworth. “Some good fascination, some questioning fascination, but fascinated with what they did.”

When he heard his predecessor, Judge Samuel Payne, was thinking about hanging up his robe, Judge Hollingsworth met with him to discuss what it is really like to sit on the bench.

Once on the bench, his love for the law continued to grow.

“It is kind of strange because when I went to law school in 1974, I’d never met a lawyer in my life,” said Judge Hollingsworth. “I had no clue what I was getting into. I had a history degree and I worked for a year in sales. I decided that wasn’t for me and decided I would go to law school. I graduated undergraduate in ’73 and worked for that year and decided to take the LSAT. We were living in New Orleans at the time and LSU Law School said come on up.”

By we, Judge Hollingsworth is referring to his wife, Mary, who put him through law school on her teaching salary.

“We had no student loans,” said Judge Hollingsworth. “We paid $190 a semester in tuition. Younger lawyers just say, shut up, shut up, shut up, I don’t want to hear it and I don’t blame them. It’s crazy right now.”

While the words “shut up” may seem a little harsh, they played an important role in Judge Hollingsworth legal career.

“Shut up and listen. I can be a little blunt sometimes, but that’s advice I got and it was good advice,” said Judge Hollingsworth. “That would be one of the first things that I would pass on is to shut up and listen. I think we forget this, and we all forget this from time to time, we forget that we are affecting peoples’ lives. Whether as a practicing lawyer or as a judge, whatever, even if you’re dealing with a corporation, what we do affects peoples’ lives and we always need to keep that in mind. It can dictate someone’s future, it can dictate what happens to a person, even if it’s with a large corporation. There are people in that corporation who are going to be affected by this, so we always need to keep that in mind – the importance of what we do.”

While some may feel drained after a long work day, Judge Hollingsworth often feels invigorated when given the opportunity to pour over cases with his colleagues.

“Just last week, we were in court all day long going through a bunch of motions, which is a long story,” said Judge Hollingsworth. “It was a medical malpractice case that somebody else is going to have to try, but just trying to get it to a position and we were in there all day. At the end of the day somebody said, ‘You must be exhausted.’ I said, ‘No, I’m kind of jacked up.’ I was having fun. I’m going to miss being in the courtroom. Like anything else, there are times in the courtroom where I’m thinking, just get me out of here before I explode, but, generally, I’m really going to miss being with lawyers and people I’m in court with.”

It's no surprise that his favorite courtroom memory also involves long hours of legal discussions.

“I won’t name any names, but late into the afternoon one time there were a couple of experienced lawyers, lawyers I’ve known for 30 years and practiced with and against, all in a room just hashing out a variety of things,” said Judge Hollingsworth. “We were arguing and we were getting mad and we were laughing. At the end of the day, we had this well-reasoned order put together and signed off on it. This is the kind of example of things I really enjoy doing. It was sitting down and arguing with good lawyers and hashing things out.”

Judge Hollingsworth is looking forward to continuing these types of legal discussions in retirement, as he plans to start a mediation practice.

“I am looking forward to the mediation practice,” said Judge Hollingsworth. “It will help me to keep busy. The theory being I will be doing things on my schedule instead of everybody else’s. We’ll see how well that works out. That’s the theory anyway. I’m looking forward to remaining active in the law practice to some degree, in some fashion.”

He also plans to celebrate a very special personal milestone.

“My wife and I just celebrated our 50th wedding anniversary,” said Judge Hollingsworth. “She retired. She’s no longer teaching and I’m retiring, so we’re going to have a 50th anniversary/retirement trip in September and October. Other than that, we’re kind of playing it by ear. We’ll just see what happens.” 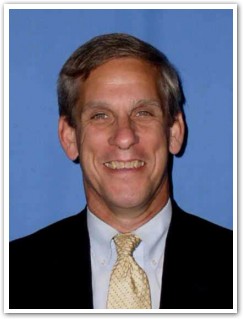