Court of Criminal Appeals Judge Norma McGee Ogle was appointed to the bench by Governor Don Sundquist in 1998. It was a career move that wasn’t on her radar, despite that fact that judgeship runs in her family.

“It was something that I had not really thought too much about because my husband (Circuit Court Judge Rex Henry Ogle) was a trial judge,” Judge Ogle said. “I thought that that might preclude any attempt on my part. There was an opening on the Court of Criminal Appeals, and I received calls from several friends, including then Judge Gary Wade. He encouraged me to apply, and I thought about it and decided to do it. If I applied and I wasn’t successful, then I knew I had at least tried.”

If you are wondering what it’s like having two judges in the family, you may want to ask the Ogle’s son.

“Our son laughs and says that he could never win an argument growing up,” Judge Ogle said. “We don’t really talk about our work at home. I think after a full day of work, the last thing we want to talk about is what we’ve done that day. We just try to relax with other things.”

Even though Judge Ogle tries not to bring her work home, she’s truly enjoyed every minute on the bench.

“I have loved the work,” Judge Ogle said. “To paraphrase Lou Gehrig, ‘I feel like I’ve been the luckiest person on earth.’ The work is interesting, and I have wonderful colleagues. It makes it so much easier. We are able to discuss our cases. We can disagree without being disagreeable. We have a wonderful support staff. The Court of Criminal Appeals has the reputation of being the most collegial court and it is. I know other people would disagree with me on that. I think it is the collegiality of the judges on this court that really make the difference.”

If there’s anyone who can question a judge and get away with it, it’s her mother. Judge Ogle recalls a humorous moment during a case that received a lot of media attention.

“I had to reverse a high profile case and I had gone to visit my parents,” Judge Ogle said. “My mother had heard on the news that this case had been reversed. She said, ‘I wonder what judge did that.’ I had to say, ‘It was your daughter.’ My mother is a wonderful person and she snapped right back and said, ‘Well, you did what you had to do.’”

One thing is for sure, the work of a judge is never boring. Judge Ogle said she is always learning and she recommends new judges do the same.

“Appreciate the experience of your colleagues because the good thing about being part of an appellate court is you’re not there by yourself,” Judge Ogle said. “You’re one of three people. You can talk about the issues, make decisions together or disagree. I love to learn and I hope I never quit learning. That’s one thing about being on this court is you never stop learning.”

Because there aren’t many people who have the opportunity to sit on the bench, Judge Ogle advises new judges to enjoy it, appreciate it and just be glad to be there. Before you know it, it will be time to retire.

“I will miss the people I work with,” Judge Ogle said. “I have a wonderful support staff, the people in the clerk’s office. I’ve had opportunity in the east to work with Judge Montgomery, Judge Tipton, Judge Thomas, Judge Wade and Judge Witt, Jr., who is not retiring and will be a great resource for the two new judges coming. They’ve just been wonderful, especially when I was a new judge, who came in and had so much to learn.”

Moving forward, Judge Ogle would like to see more female judges. She was fortunate to follow Judge Martha Craig Daughtrey and former Justice Penny J. White, crediting both women with preparing her for the job.

“When I came to this court, for several years, I was the only female on the court,” Judge Ogle said. “I really do want to encourage women to apply to all the appellate courts. We’ve come so far, but we’re still, except for the Supreme Court, we’re a very small minority on the intermediate courts. My hope is that in the future we’ll see more women apply.”

As for retirement, Judge Ogle believes making that transition will be easy. 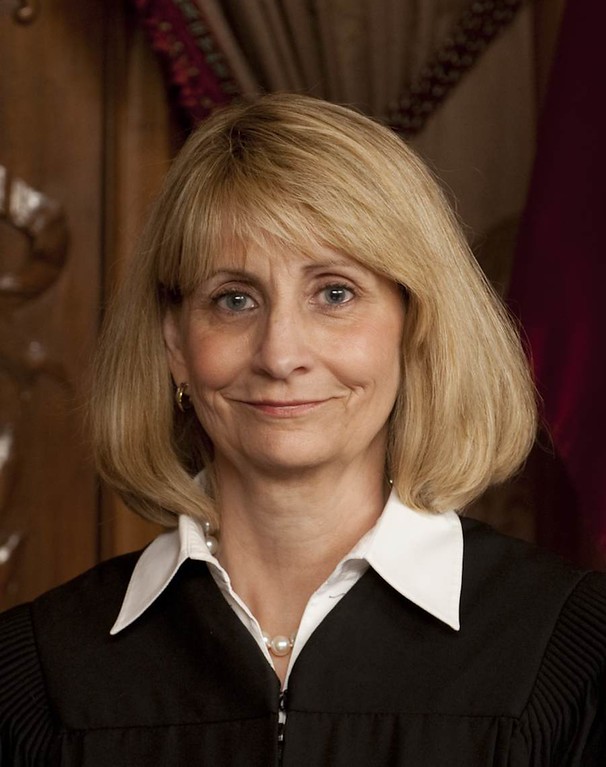